When, on July 19, 1971, Jean Prouvé and Robert Bordaz unveiled the competition-winning design for the Centre Beaubourg in Paris, now known as the Centre national d’art et de culture Georges Pompidou, press and public reaction was harsh. The project architects, Renzo Piano, Richard Rogers, and Gianfranco Franchini, were considered “unknowns”; its promoters, the engineers of the firm Ove Arup & Partners, were simply forgotten; the original idea of a “Live Centre of Information,” with its sequences of flexible platforms suspended over an open-air piazza for the crowd, was misrepresented and reduced to the image of a “metallic dam” dropped in the heart of Paris; the jury, which featured figures of the caliber of Prouvé, Oscar Niemeyer, and Willem Sandberg, was believed to have been dominated by the charismatic Philip Johnson; the man who initiated the competition, President Georges Pompidou of France, was believed to be unaware of the jury’s methods and forced unwillingly to accept a winner he didn’t support.
Fifty years after those events, through the tool of the chronicle and recourse to all available documentary sources and dozens of testimonies, it is time to analyze these false certainties and trace the genealogy of this famous and still controversial work: from President Pompidou’s original idea of a monument to reinvigorate French architecture in the international debate to the complex origins of a project in which the aspirations and avant-garde impulses of architects and engineers delicately coexisted, to the reconstruction of the complex political plots and ideological visions that lurked behind the jury’s deliberations. 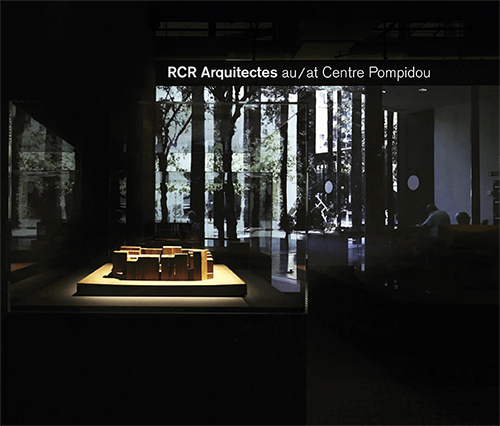 Quickview
RCR at Centre Pompidou
Rafael Aranda, Carme Pigem, Ramon VilaltaSeven projects by RCR arquitectes, 2017 Pritzker Prize winner, which are seven folded posters inside a folder with a textbook.
Rafael Aranda, Carme Pigem, Ramon Vilalta Recognition of RCR's work in France with an exhibition including a selection of 7 projects, ranging from the first competition they won at the Punta Aldea Lighthouse to the last works still to be built in Paris, Île Seguin and the Vide Pavilion. The journey through the space was made through a sensory experience -with sound, lighting and video-, extended with the artistic collaboration of the duo CaboSanRoque. The trajectory of RCR Arquitectes has been especially recognized in France: named Chevalier and Officier de l'Ordre des Arts et des Lettres 2008 and 2014 respectively, the Académie d'Architecture awarded the Gold Medal to Rafael Aranda, Carme Pigem and Ramon Vilalta the 2015, two years before receiving the Pritzker Prize. There is no doubt that the buildings produced by RCR Arquitectes encourage experience: to cross, to land, to take the time, to observe, to feel. Everyone at their
40,00€
Buy Book
Buy Ebook 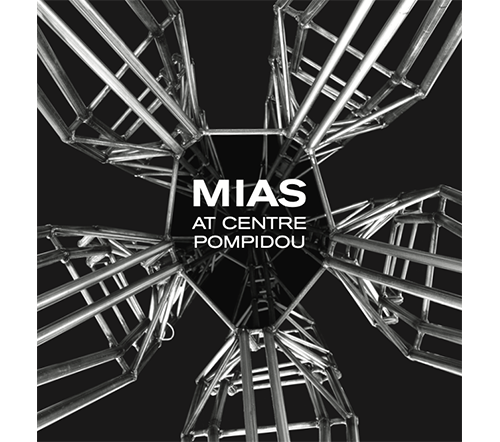 Quickview
MIAS Architects at Centre Pompidou
Josep MiàsAs a kid who wanted to be an architect you could either make clay shapes, drag pieces of driftwood into vague boxes - or put together Meccano cages.
Josep Miàs Tracing through the pieces being published, you sense that Josep Mias is essentially a man who takes strips and edges and develops them into meshes, and then maybe combs, and then maybe honeycombs with a conspicuously boyish delight in making the sketch, the linear diagram, the scale model and the built building. Underlying the apparently fearless is a sense of what can fly, swing, lurch, lean or rest: in other words the composite that makes something possible to be as it is in space. With contributions of Peter Cook EBOOK VERSION
40,00€
Buy Book
Buy Ebook

Quickview
Cedric Price Works 1952–2003
Samantha HardinghamA Forward-Minded Retrospective by Samantha Hardingham is a two-volume anthology,
A Forward Minded Retrospective Cedric Price Works 1952-2003: A Forward-Minded Retrospective by Samantha Hardingham is a two-volume anthology, co-published by the Architectural Association (AA) and the Canadian Centre for Architecture (CCA), and is supported by the Graham Foundation and the Cedric Price Estate. The books bring together for the first time all of the projects, articles and talks of British architect Cedric Price, aiming to present his munificence as thinker, philosopher and designer. A student at the AA in the 1950s, Price established his office in London in 1960 and went on to produce some of architecture's most intensely imaginative and experimental projects of the latter half of the 20th century. His work is central in defining architectural discourse around the emerging postwar themes of mobility and indeterminacy in design. With the contributions of Eleanor Bron, Brett Steele, Mirko Zardini Supported by The Cedric Price Estate and The Graham Foundation, 2016. Recipient of The Festival
300,00€
Buy Book

Quickview
UNIDENTIFIED FLYING OBJECT FOR CONTEMPORARY ARCHITECTURE (ENG ED.)
Beatrice Lampariello, Andrea Anselmo, Boris Hamzeian (eds.)"UNIDENTIFIED FLYING OBJECT for contemporary architecture" is the first monographic publication focused on the Florentine UFO group (1968-1978)
UFO’s Experiments between Political Activism and the Artistic Avant-garde Beatrice Lampariello, Andrea Anselmo, Boris Hamzeian (eds.) The contemporary context is defined by a unique conjuncture. On one hand, we witness the revival of the Radical Architecture that from the avant-garde experiments of the origins recovers creative processes and iconographic fragments while nullifying the original ideological and political values. On the other hand, we see social protests in defense of fundamental rights of democracy, as in 1968. With these premises, Architecture is now reinvestigating those ephemeral experiments that have endured half a century as new “stone monuments” capable of indicating new perspectives for both research and design. Placing UFO group, one of the authors of those still poorly known “monuments”, at the core of the contemporary debate means investigating their formal and seductive aspects, but also the ideological, political and social values with which objects, installations and happenings have been innervated, transforming them into
40,00€
Buy Book
Buy Ebook