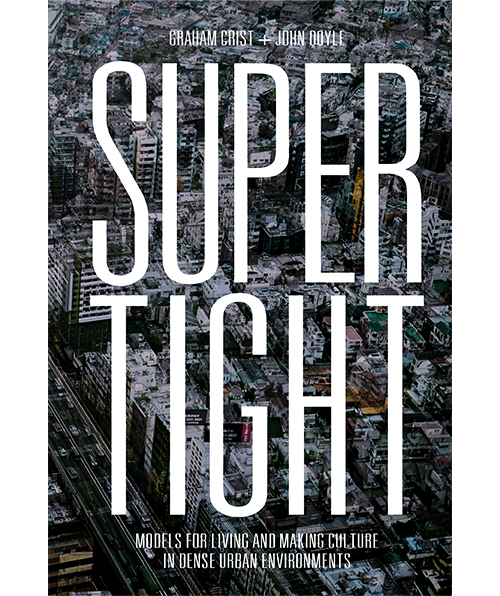 Quickview
Supertight
Graham Crist & John DoyleSupertight is an exploration of high-density urban life and reducing the footprint of cites through adaptations in design and behaviour.
Models for Living and Making Culture in Dense Urban Graham Crist & John Doyle  The rapidly growing large cities of Asia are critical to understanding our future footprint. Asian cities provide insights into new ways of being densely urbanised. The by-product of this unprecedented metropolitan convergence will be the emergence of new urbanisms and new architectures, new models for living and making culture. The Supertight refers to the small, intense, robust and hyper-condensed spaces that emerge as a by-product of extreme levels of urban density. Tightness arises as consequence of density, but tightness itself is not density.  Tightness is a series of social, economic and cultural practices that have developed in cities as a response to the rapid growth and consolidation of cities. While architectural models of density have been heavily explored, this project investigates the culture of tightness that has emerged in Asian cities over the past thirty years, and the role
42,00€42,00€
Buy Book
Buy Ebook