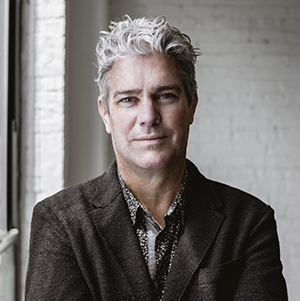 John Ronan FAIA is founding principal of John Ronan Architects in Chicago, founded in 1999. He serves as Lead Designer on all projects the office undertakes and is known for his abstract yet sensuous work which explores materiality and atmosphere. John holds a Master of Architecture degree with distinction from the Harvard University Graduate School of Design and a Bachelor of Science degree from the University of Michigan. In 1999, he was a winner in the Townhouse Revisited Competition staged by the Graham Foundation and his firm was the winner of the prestigious Perth Amboy High School Design Competition in 2004, a two-stage international design competition to design a 472,000 square foot high school in New Jersey. In December 2000, he was named as a member of the Design Vanguard by Architectural Record magazine, and in January 2005 he was selected to The Architectural League of New York’s Emerging Voices program. John has lectured widely and his work has been exhibited internationally, including the Art Institute of Chicago and The Architectural League of New York’s Urban Center. His work has been covered extensively by the international design press, and a monograph on his work, entitled Explorations, was published by Princeton Architectural Press in 2010. A publication Poetry Foundation on his eponymous building by the Center for American Architecture & Design at the University of Texas was published in 2015. His firm has been the recipient of three AIA Institute National Honor Awards—for the IIT Innovation Center, the Poetry Foundation and The Gary Comer Youth Center, all in Chicago, and in 2016 was one of seven international finalist firms for the Obama Presidential Center. In 2017, John was named an Architecture Award winner by the American Academy of Arts and Letters.
John is currently the John and Jeanne Rowe Endowed Chair Professor of Architecture at the Illinois Institute of Technology College of Architecture. 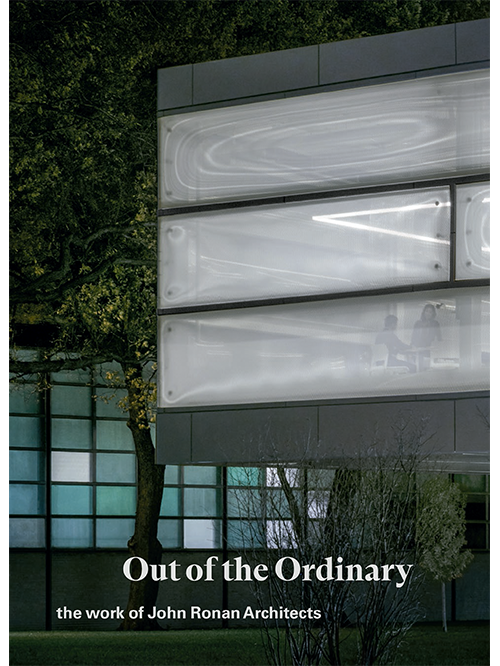 Quickview
Out of the Ordinary
John RonanThis publication on the work of John Ronan Architects explores the firm’s spatial-material approach to architecture and the underlying themes of its typologically diverse output.
The Work of John Ronan Architects John Ronan In previous decades, architectural production was constrained by the limits of technology; architects pushed on the boundaries imposed by technology and it gave them common purpose.  Those limits are gone.  Over the preceding two decades it has been demonstrated that with enough technology (and money) anything is possible.  What does an architect do when anything is possible? This is the question which confronts architects today, who now operate within a professional landscape where all is possible, but little has meaning.  The “anything goes” mentality which currently prevails has resulted in innumerable self-referential “object” buildings which engage only with their architect’s ego, often resulting in an urban fabric of autonomous formal objects comprised of arbitrarily-applied design tropes which celebrate formal invention for its own sake.  But what do architects leave society once the novelty of form has worn off? In this architectural age of arbitrary shape-making, devoid
47,00€
Buy Book
Buy Ebook