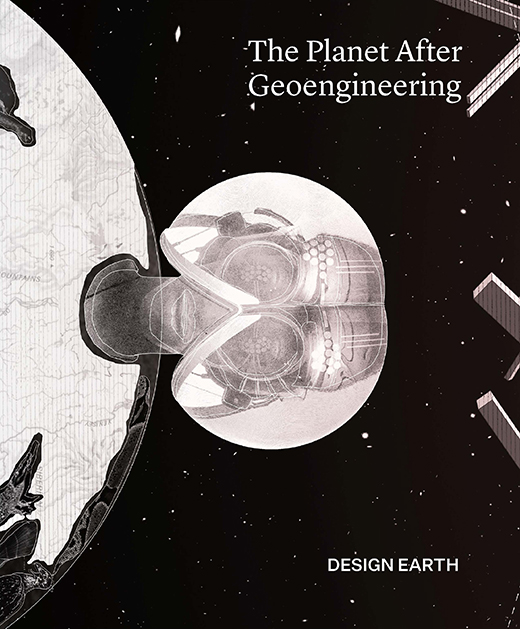 The Planet After Geoengineering
DESIGN EARTH / Rania Ghosn  &  El Hadi JazairyThe Planet After Geoengineering is a graphic novel in five speculative fictions that imagine the worlds of climate modification technologies and their controversies.
DESIGN EARTH ( Rania Ghosn & El Hadi Jazairy ) The term "geoengineering" refers to technologies that counteract the effects of anthropogenic climate change by deliberately intervening in Earth systems. In the midst of a climate crisis, and with disparate views on whether planetary-scale design is the appropriate response at all, The Planet After Geoengineering employs a speculative fiction approach to think with and against geoengineering as a form of planetary management. The graphic novel makes climate engineering and its controversies visible in a series of five stories that are collectively assembled into a planetary section from the deep underground to outer space. Each geostory —Petrified Carbon, Arctic Albedo, Sky River, Sulfur Storm, and Dust Cloud— depicts possible future Earths that we come to inhabit on the heels of a geoengineering intervention all while situating such promisory visions within a genealogy of climate-control projects from nineteenth-century rainmaking machines and volcanic eruptions
Read more