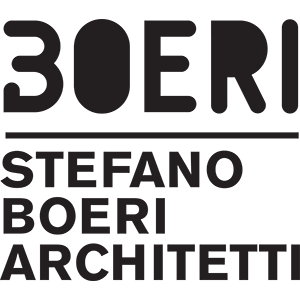 Based in Milan, with offices in Shanghai and Tirana, Stefano Boeri Architetti (Boeri Studio until 2008) since 1993 has been dedicated to the research and practice mainly in architecture and urbanism, but also in the cultural, design and interior design fields.
Stefano Boeri Architetti’s work ranges from the production of urban visions and architectures to interior and product design, with constant attention to the geopolitical and environmental implications of urban phenomena. The focus on the relationship between city and nature led in 2014 to the creation of the Vertical Forest, the first prototype of a residential building hosting more than 700 trees and 20,000 plants. Built in Milan, the Vertical Forest has received many international awards, including the International Highrise Award in 2014 and the Best Tall Building Worldwide Award in 2015 by CTBUH.
The Stefano Boeri Architetti practice is currently working on several international projects of Urban Forestry, among which are the Vertical Forests in Paris, Lausanne, Utrecht, Eindhoven and Nanjing, and Forest Cities all over the world, medium-size urban settlements that will combine the challenge for energy self-sufficiency with the challenge of increasing biodiversity and effectively improving air quality in urban areas, thanks to the multiplication of vegetable and biological urban surfaces.
“Multiplicity” is the guideline, which has oriented for 25 years a polyhedral activity, branching through project themes and across social and urban geographies worldwide. Such an approach has allowed the Studio to acquire a strongly defined identity and become a point of reference for sustainable architecture and forestry, social housing, strategic urban development at different scales, at an Italian and international level. 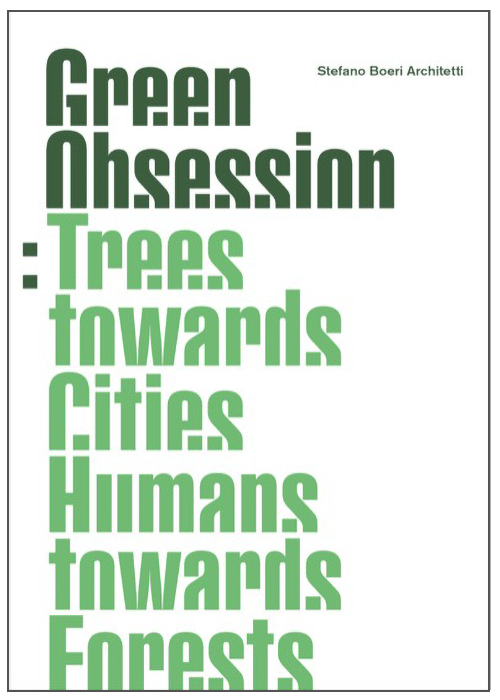 Quickview
Green Obsession
Stefano Boeri ArchitettiGreen Obsession traces the long path that architect Stefano Boeri and his studio - Stefano Boeri Architetti - have followed in the last fifteen years of practice.
Trees Towards Cities, Humans Towards Forests Stefano Boeri Architetti Cities have contributed for centuries to the promotion of some of humanity’s greatest ideas, we must now urgently include them as among the principal players in the environmental debate and at the forefront of any policy tackling climate change. Nevertheless, even today one of the most significant technologies capable of absorbing CO2 and restoring our environment is photosynthesis. Planting trees, in addition to protecting, restoring and managing existing natural areas and biodiversity, together with de-carbonization, renewable energies, digitalization, smart mobility and the circular economy could be the set of tools necessary to counter the climate crisis. Today the effects of the Anthropocene age are ever more visible, changing our environment and affecting every species that lives within it. Green Obsession offers a path to be taken, a hard but still necessary paradigm shift –even for architecture and urbanism– that aims to give a voice to this much needed ecological transition.  This book aims to unveil the processes and the complexity involved in the search for a new kind of
50,00€
Buy Book
Buy Ebook