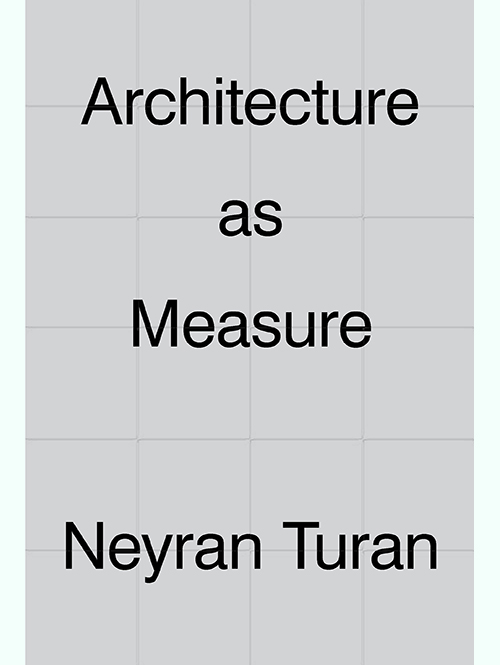 Quickview
Architecture As Measure
Neyran TuranIn an era when humans are described as geological agents, architecture is a measure both to assess and to act upon the world. That’s why this book is called Architecture as Measure.
Neyran Turan In light of the current political crisis around climate change, what can architecture possibly contribute towards a new planetary imaginary of our contemporary environment beyond environmentalism and technological determinism? Instead of conceptualizing the idea of the environment as purely natural and in need of protection, as solely a problem that needs to be managed, or merely as the Earth, which limits the scope with a scalar bias, can we speculate on architecture as a measure both to assess and to act upon the world? Architecture as Measure is an elaboration on this question, and on the disciplinary and cultural potentials of such a provocation. It positions climate change as a cultural and political idea that requires a renewed architectural environmental imagination. The book takes on this task by presenting a set of unconventional collisions between architecture and climate change, which all extrapolate broader concerns of the city, environment, and geography
34,00€34,00€
Buy Book