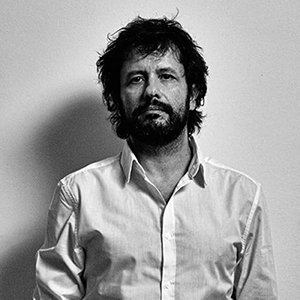 Enric Jardí graduated from Elisava Escola Superior de Disseny i Enginyeria de Barcelona 1988 where he continued to teach for a number of years after his graduation.
His professional work has focused on magazine and publication design and art direction, book covers, corporate identity and illustration.
In 1991 along with other typographic designers as group Type-Ø-Tones he developed a series of typefaces which are distributed by Berlin based FontShop.
From September 2005 to April 2009 was he president of the Association of Art Directors and Graphic Designers ADG-FAD and subsequently served for two years as a member of the board of this organization.
Enric is the author of many articles on design and typography. In 2007 published his book “Twenty-two tips on typography (that some designers will never reveal) / Twenty-two things you should never do with typefaces (that some typographers will never tell you)” in Actar publisher house and in 2012 Editorial Gustavo Gili published “Pensar con imágenes” (Thinking with Images). Both has been translated into a number of languages.
He is currently director of the Master’s in Advanced Typography at Eina Centre de Universitari de Disseny i Art working in conjunction with the Universitat Autònoma de Barcelona. He is also a visiting professor in the Master in Arts in Advertising at Blanquerna, Universitat Ramon Llull (Barcelona), Masters in Design and Art Direction and Masters in Packaging at Elisava, Universitat Pompeu Fabra (Barcelona) and teacher of the Graphic Design Course at the University of Lapland (Finland). Since 2016 he teaches Semiotics and Image Theory at IDEP School in Barcelona.
He has given several classes and workshops in typography, editorial design and applied semiotics at the University of Chile, Universidad Diego Portales (Chile), the University of Porto (Portugal) and the Universidad Iberoamericana in Mexico, Pontifícia Universidade Católica de Rio de Janeiro (Brasil), and Universidade Presbiteriana Mackenzie (Brasil).
In October 2009 he received the National Prize of Culture in design from the Generalitat de Catalunya.
He has also received many awards. Highlights include The European Design Awards, Laus, D&AD and from the Infographics Malofiej Summit. 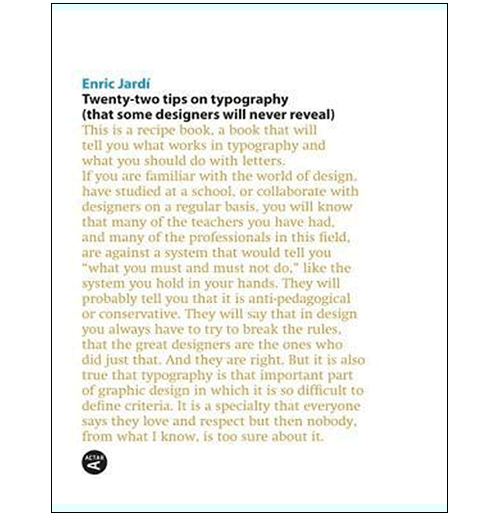