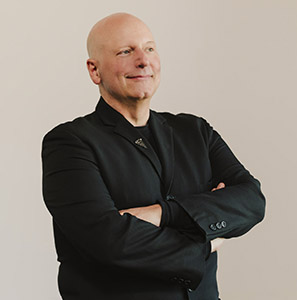 Dirk Denison, FAIA is the Founding Principal of Dirk Denison Architects, a Professor at the College of Architecture at the Illinois Institute of Technology, and Director of the Mies Crown Hall Americas Prize (MCHAP) at IIT.
Since its founding in 1990, based in Chicago with an office in New York, Dirk Denison Architects has built a national practice with a reputation for design excellence through a wide range of building types and scales, specializing in Residential, Retail, Hospitality, Institutional and Commercial design. Dirk Denison Architects approaches each project as an ecological integration, bringing together the needs and desires of the client with the planning of space, the careful selection and use of materials and an energy-conscious focus. This approach to design is evident in the entirety of the project from the landscape, to the building envelope, to the interiors.
Collaboration is central to the firm’s design process which has produced noteworthy work in tandem with its outstanding team members including Matthias Schuler of Transsolar on high performance facades, Paul Endres on innovative structural design, efficient building systems and environmental strategies with ARUP, sustainable and integrated landscape design with Andrea Cochran, Chandra Goldsmith Gray and the Hoerr Schaudt partnership, and the curating of contemporary art collections for clients with many reputable international artists like Jim Hodges and Wolfgang Tillmans.
Dirk Denison Architects has been recognized for work produced in Boston, California, Chicago, Detroit, Phoenix, New York, and Washington state, and has won numerous design awards for this work from the American Institute of Architects, the Chicago Architectural Club, the National Association of Home Builders, and Hospitality Design Association. The designs have also been featured in publications throughout Europe, Japan, and the United States, including Architectural Digest, Architect Magazine, Architectural Record, Progressive Architecture, GA, A+U, Elle Décor, Chicago Magazine, and the New York Times.
Denison received his Master of Architecture from Harvard’s Graduate School of Design where he studied under the guidance of Daniel Libeskind, Peter Eisenman and Henry Cobb; and his Bachelor of Architecture from the Illinois Institute of Technology. He grew up near Detroit in Bloomfield Hills, Michigan and studied at the Cranbrook Schools.
In 2005, Denison was elected to the College of Fellows of the American Institute of Architects, the Institute’s highest acknowledgment for contributions to the profession.
Denison has been a leading member of the faculty in the College of Architecture at the Illinois Institute of Technology for 30 years, during which he has fostered a recommitment to the University’s urban setting and architecturally significant campus through his teaching and campus involvement. Denison currently teaches in the Master of Architecture Degree Program. The focus of his teaching has been primarily Studio Design, with emphasis on Community-Based Design, Housing, and Campus Planning, though he has taught a number of elective and required courses at both graduate and undergraduate levels over the years which have explored all issues of inhabitation, operational space, and human-scale. He is the former Associate Dean for Academic Affairs, Chair of the College’s Curriculum Committee, former Advisor on the Campus Design Committee, and provided visionary and operational oversight for the College as the Director of the Program under Dean Gene Summers. Denison also served as Supervising Campus Architect for eleven years. Under his supervision, the IIT Campus Architects collective developed a Master Plan for the campus, completed an assessment of the historic buildings, conducted a study for the Urban Land Institute, promoted a landscape improvement initiative, and created a framework for the trajectory of future development. Of note, these efforts and initiatives led to the design competition for the MTCC Student Center, ultimately designed by Rem Koolhaas, as well as additions and improvements to on-campus student housing.
Denison now serves as Director of MCHAP (Mies Crown Hall Americas Prize), sponsored by IIT and its College of Architecture, as part of the curricular and research initiatives developed by the College. The MCHAP is established to recognize and commend excellence in the field of architecture, in its most liberal definition, awarded to a built project in North and South America completed during the biennial cycle between prizes. Under Denison’s direction, the MCHAP Organization will develop an international network of regionally diverse individuals from various fields and areas of expertise, selected for their involvement in and knowledge of contemporary practices and urban initiatives.
Beyond the office and university, Denison devotes a significant amount of time to the community, with particular keenness for the contemporary performing and visual arts. In addition to his extensive personal collection of contemporary art, he serves in various roles in the arts community. At the Art Institute of Chicago, he is former President of the Architecture & Design Society, Chair of the Society for Contemorary Art, as well as Board Member of the Committee on Modern and Contemporary Art. Denison is also a member of the Cranbrook Academy of Art National Advisory Council in Bloomfield Hills, Michigan, a Board Member of the Mies van der Rohe Society at the Illinois Institute of Technology, a member of the Board of Directors of the Hubbard Street Dance Chicago, and is on the City of Chicago Park District Arts Committee with oversight of the Chicago Lakefront Sculpture Initiative. 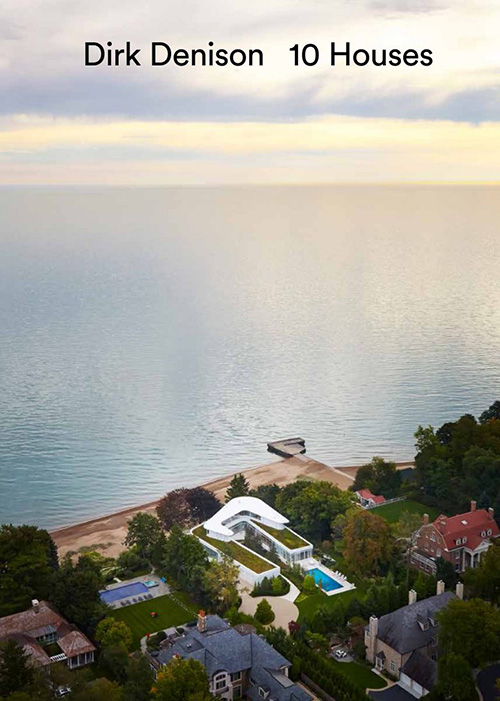