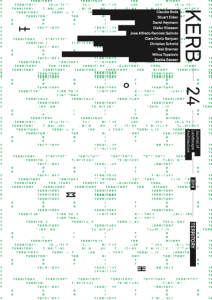 Territories start off as nonphysical, often simple ideas, emerging in the physical and becoming a perpetual mixture of the two. Often formed to acquire resources, yet inherently a resource. Land is seized for economic gain, borders are traversed through changes to regulations, and new territories of control are born from land reclamation where previously none existed.

Imposing order and control over landscapes in varying states of flux. Conflict often leads to territories shifting or being taken by force. Yet as often as the former, unions of territories can proliferate through consensus and peaceful treaties.

They can be rigid or malleable and perceptions of territories can differ for individuals compared to a group of people aligned in thought. Territory can be a landscape of blurred and invisible boundaries, overlapping in time and space.

All these assertions lead us to questions.
To create a territory, must one first understand it?
What becomes possible when we start to question what territory is?
How can it link-up with other disciplines?
To design, advocate for and play with existing and future territories.
What Questions do territories evoke for you?